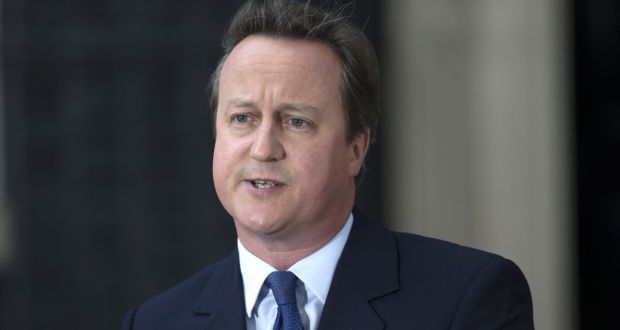 MI5 officers can authorise agents to commit criminal acts under a secret policy dating back decades that operated without oversight until 2012, an investigative powers tribunal in London has heard. The policy, known as the Third Direction, has no legal basis and its existence has been secret until now.

In November 2012, former prime minister David Cameron wrote to Mark Waller, the intelligence services commissioner, asking him to keep the policy under review.

“In the discharge of their function to protect national security, the Security Service has a long standing policy for their agent handlers to agree to agents participating in crime, in circumstances where it is considered such involvement is necessary and proportionate in providing or maintaining access to intelligence that would allow the disruption of more serious crimes or threats to national security,” Mr Cameron said.

But the letter makes clear that Sir Mark, a former judge, should not determine if such an authorisation of criminality is legal or to alert police or the Crown Prosecution Service.

“For the avoidance of doubt, I should be clear that such oversight would not provide endorsement of the legality of the policy; you would not be asked to provide a view on whether any particular case should be referred to the prosecuting authorities; and your oversight would not relate to any future consideration given by prosecuting authorities to authorisations, should that happen,” it says.

The letter was sent two weeks before the publication of an independent report into the 1989 murder of solicitor Pat Finucane. Mr Cameron said there were “shocking levels state collusion” in the murder and that agents “in the pay of the state” were involved.

The Pat Finucane Centre is among the claimants, along with Reprieve, Privacy International and the Committee on the Administration of Justice. They want the three-judge tribunal to order MI5 to release information about how the Third Direction policy has operated, if it has a legal basis and if it can ever be lawful to authorise agents to carry out crimes such as torture, in view of human rights legislation.

“We want to know if it’s government policy to let MI5 agents get away with serious crimes such as torture and murder. While our intelligence agencies have an important role in keeping this country safe, it does not follow that agents can be permitted to break the law without limits. If this is indeed the government’s position it must inform MPs and the public, and open the policy to legal and parliamentary scrutiny,” Reprieve’s director Maya Foa said.

In their argument, the claimants cite Finucane’s murder as an illustration of the “considerable public importance” of the issues raised. It also refers to allegations that Freddie Scappaticci was a former senior member of the IRA and a security service agent working under the codename Stakeknife.

“It has been alleged that whilst working as an agent, Scappatici was involved in ‘kidnap, torture and murder’,” it says.

A heavily redacted copy of the policy, entitled “Guidelines on the use of Agents who participate in Criminality” and dated March 2011, was released to the tribunal. It notes that the Regulation of Investigatory Powers Act 2000 (RIPA) creates a regime for authorising the conduct and use of Covert Human Intelligence Sources (CHISs).

“Neither RIPA nor the Code of Practice provides for CHISs to be authorised to participate in criminality. However, the Service has established its own procedure for authorising the use of agents participating in crime,” the policy says.

The policy does not grant any formal immunity from prosecution but Ben Jaffrey QC told the tribunal that it had the effect of granting such immunity because police and prosecuting authorities, including the Police Service of Northern Ireland (PSNI) were never informed of the agents’ criminal activities.

MI5 has refused to answer the claimants’ questions about the scope of the policy, including whether it could in principle authorise murder, torture, inhuman and degrading treatment, rape, kidnapping or false imprisonment. The security service’s lawyers said to answer such questions of law would reveal the facts of conduct they wish to keep secret.

“The argument is effectively ‘we can’t say whether or not we give our agents authority to torture and kill people in the UK, because then people under investigation would know what limits are placed on our agents’ conduct’. But this makes the basic error of assuming that those limits are in the discretion of the security service and may be set by a secret government policy,” Mr Jaffrey told the tribunal.

In his letter to the intelligence services commissioner, Mr Cameron referred to the “long-standing policy” for MI5 officers to agree to agents participating in crime when necessary to maintain access to intelligence. “Having regard to the need for transparency” the prime minister concluded that his direction to Sir Mark to oversee the secret policy should itself remain secret.