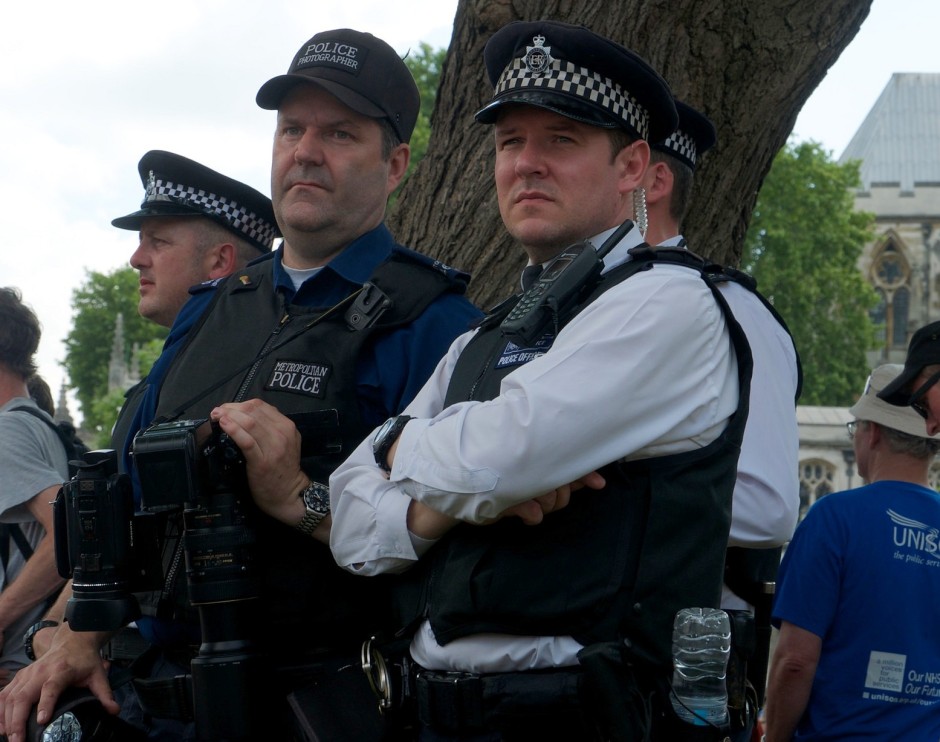 This morning the UK Supreme Court delivered a ruling that amounts to what Netpol describes as “judicial approval for the mass surveillance of UK protest movements”.

This decision is the result of an appeal by the Metropolitan Police against a decision in March 2013 that its secretive ‘domestic extremist’ surveillance unit had unlawfully recorded the political activities of Brighton peace campaigner John Catt.

Back in December last year, when Netpol was granted the right to intervene in the Supreme Court hearing, we warned that a victory for the Metropolitan police would “make it significantly easier for intelligence-gathering officers to continue to obtain and retain data about protesters on an almost industrial scale.”

Today’s ruling does exactly this: it allows the police extraordinary discretion to obtain and retain the personal information of protesters whenever they consider it useful for purposes that are never fully defined, but that include investigating the ‘links between protest groups’ and their ‘organisation and leadership’. The Supreme Court has accepted that no further justification is apparently required.

We believe their judgement amounts to judicial approval for the mass surveillance of UK protest movements. It affirms the Metropolitan Police’s stated belief that anyone taking part in a public protest has no reasonable expectation of privacy.

The Supreme Court appears to view the deletion of John Catt’s ‘nominal’ records from the domestic extremism database as a significant indication of an “intensive regime of statutory and administrative regulation”. However, his data was erased long after he stumbled upon evidence that he had been targeted for surveillance and and only after he submitted a request for the specific information held on him. The judgment fails to understand that whilst the Data Protection Act 1998 does, in theory, allow individuals to obtain information held about them by the police, intelligence-gathering itself remains highly secretive and the process for challenging it is deeply flawed.

The Supreme Court says that overt intelligence-gathering “has never been concealed from those who wish to know about these matters”. Netpol’s experience working with campaigners to obtain alleged ‘domestic extremist’ data suggests the exact opposite. It is normal for a request for personal information to take months longer than the statutory maximum of 40 days and if it is eventually provided, any detail is often partial and incomplete.

This Court’s ruling means many activists must repeatedly resubmit requests if they want to check that any new data about them on police files is not, as we have often seen, either inaccurate or misleading. It is extremely unlikely that most have the time or patience to keep doing so.

This case also demonstrates the limits of relying on the courts to protect against unwarranted police surveillance. It reinforces our belief that activists must take their own steps to prevent the gathering of so-called ‘intelligence’ in the first place.

A copy of the Supreme Court judgement is available here.

In a press release issued by his solicitors Bhatt Murphy, John Catt has confirmed his intention to take his case to the European Court of Human Rights. He said:

“Four senior judges have found that my rights have been violated unlawfully, whilst four others have disagreed.  I cannot agree that the police in this country should be trusted with information about innocent people’s lawful political activities. In my view, without a new system of rules governing police surveillance, there is too much scope for the police to abuse their powers.  I am therefore left with no option but to take this matter to the European Court of Human Rights for the sake of other innocent people whose lawful political activities are being monitored by the state.

“Mr Catt has instructed me to seek a ruling from the European Court that by monitoring and retaining information about people’s lawful political activities the UK is violating the privacy rights of its citizens”.